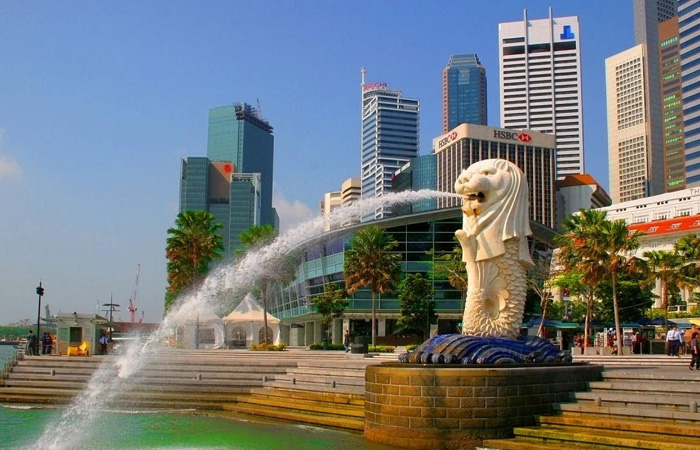 Singapore (/ˈsɪŋ(ɡ)əpɔːr/ (About this sound listen)), officially the Republic of Singapore, is a sovereign city-state and island country in Southeast Asia. It lies one degree (137 kilometres or 85 miles) north of the equator, at the southern tip of the Malay Peninsula, with Indonesia's Riau Islands to the south and Peninsular Malaysia to the north. Singapore's territory consists of one main island along with 62 other islets. Since independence, extensive land reclamation has increased its total size by 23% (130 square kilometres or 50 square miles).

Dubai emerged as a global city and business hub of the Middle East. It is also a major transport hub for passengers and cargo. By the 1960s, Dubai's economy was based on revenues from trade and, to a smaller extent, oil exploration concessions, but oil was not discovered until 1966. Oil revenue first started to flow in 1969. Dubai's oil revenue helped accelerate the early development of the city, but its reserves are limited and production levels are low: today, less than 5% of the emirate's revenue comes from oil.