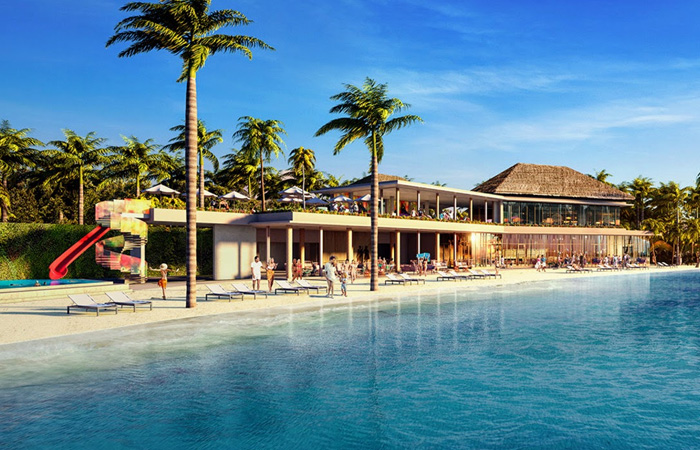 The Maldives archipelago is located atop the Chagos-Laccadive Ridge, a vast submarine mountain range in the Indian Ocean, which also forms a terrestrial ecoregion, together with the Chagos and the Lakshadweep.[13] With an average ground-level elevation of 1.5 metres (4 ft 11 in) above sea level,[14] it is the world's lowest country, with even its highest natural point being the lowest in the world, at 2.4 metres (7 ft 10 in).[14] Due to the consequent risks posed by rising sea-levels, the government pledged in 2009 to make the Maldives a carbon-neutral country by 2019.

The Maldivian archipelago took to Islam in the 12th century and consolidated as a sultanate, developing strong commercial and cultural ties with Asia and Africa. From the mid 16th-century, the region came under the increasing influence of European colonial powers, with the Maldives becoming a British protectorate in 1887. Independence from the United Kingdom was achieved in 1965 and a presidential republic was established in 1968 with an elected People's Majlis. The ensuing decades have been characterised by political instability, efforts at democratic reform,[16] and environmental challenges posed by climate change.